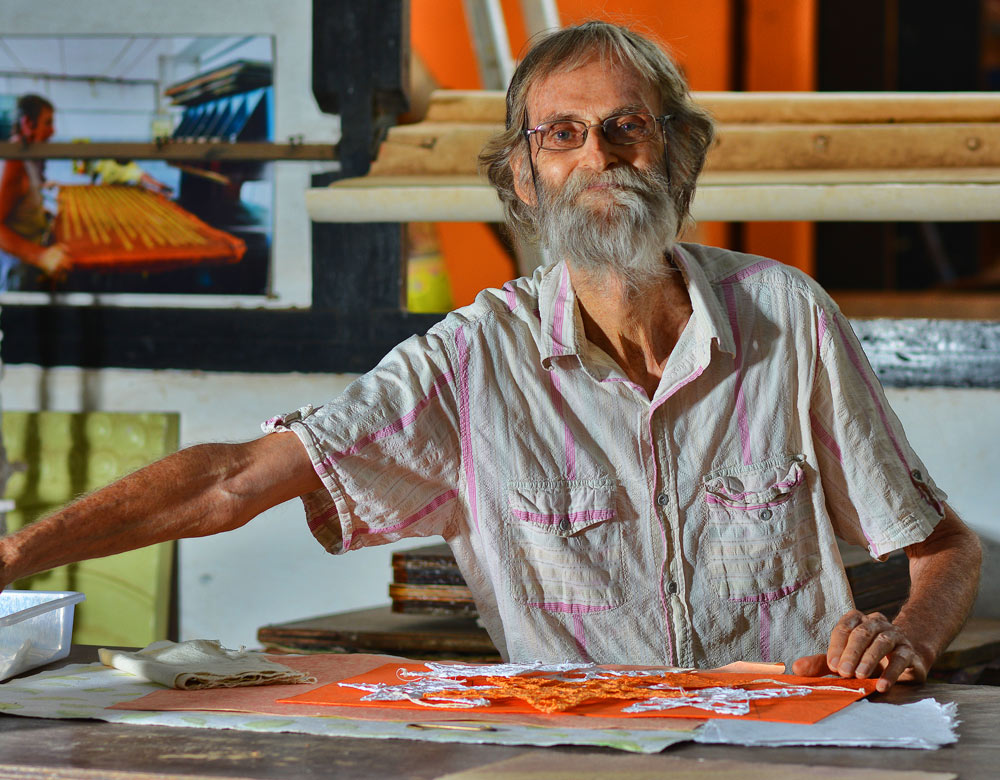 What I can say is that I am a rough rock that has been thrown at the source of the Ganga River, and when I finally emerge in the sea, I will be a finely polished stone.

This post is written by our guest contributor, Uttara Jadeja.

I came to Auroville by Caravan. When I wanted to come to Auroville, I wrote to Auroville International France. They wrote back to me saying there were 30 other people who wanted to come to Auroville, and if we pooled the money in, we could buy a bus. Once we arrived, we could keep it.  So we bought an old German Bus, we took out the backseat and made a kitchen and even a toilet. We had a separate van in which we were supposed to carry the luggage and other equipment. On the way we discovered that there was too much luggage, so I had to go back to Paris and unload some of it.

On the road, we had a meeting every evening. This was in 1974, and we were fighting each other a lot on the way. Some people wanted to sight-see, others were in a hurry.  When we arrived in Afghanistan, I was in the van, and another guy was driving. We accidentally banged into an Afghan man, and he broke his leg, so our van was taken away, and we were kept there. It was a small village of maybe 10 houses and a jail. The Caravan had no idea that we had stopped, as we were behind them in a separate vehicle, so it took them quite a while to realise that we weren’t behind them. In the evening, the Head of Police called us into a small room, no furniture, nothing, only a carpet. Someone had explained the situation to him, but he invited us to tell him the truth. He was very kind and even invited a Rubab player to play his instrument for us while we ate a dinner of trout with him. That was our first night in Afghanistan. After about a month, the injured man was walking again, and we were free to go.

Once we got to India, however, we were stuck in Amritsar, where they parked and wrapped our van like an Indian parcel. We decided to abandon the van and travel the last leg of our journey by train. And that’s how we arrived in Auroville.

It was beautiful. There was nothing around, but everything was so beautiful. I didn’t touch the ground for three days. I had a friend here who gave me a hut. I was very lucky, I arrived, I had a hut. But we came at a tough time; it was the time of the Emergency, and also of increasing fights between the Sri Aurobindo Society and the Auroville community.

I went to jail twice. The first time was because the Chairman of the Society, Navajata, was occupying a big hut in Aspiration, but he was there only occasionally. We wanted to make a statement about those people living in Pondicherry who thought they were the owners of Auroville. So we decided that we should open it for Aurovilians to live in. The Society went to the police accusing us of burglary; the police came one night and took us to the jail. We had to push the bus that was taking us to jail to start it up, as it wasn’t working. When we arrived at the jail (we were seven), there was a problem because there was a woman among us. They wanted to put her in a different cell, but she wanted to stay with us, so we refused to enter the cell unless she was with us. Finally she was allowed. Many people looked at us like we were zoo animals. On top of that, we had to buy the lock for our own jail cell.

The second time we went to jail it was also because of the conflict with the Society. They wanted to arrest the ‘ring leaders’ of Aurovilians putting up resistance against the Society. The police had a list of about 20 people. When they arrived, we were all waiting under the Banyan.  When they asked for names, nobody gave their names. The Society members pointed them out but we all came forward so they were just randomly grabbing 20 people. When we thought they would leave with these 20, everybody jumped onto the police van. So all of us went to jail, even the children. At the jail they tried again to get our names. The French Consul was also there. He told us to tell him where our passports were so that he could get them before they were seized.

What has changed since then? Everything, when I arrived I was in my twenties, now I am 75. What stands out is the comfort. Back then, when there was nothing, there was nothing. Most of the people then were working, planting trees. You are sweating, you enter your bathroom and there is no water. Electricity was rare. Candles are nice for a dinner, but after a while you are tired of them. Even now though, the comfort does not make it easy. It is tough to be in Auroville. I have spoken to people who believed that we are on holiday all the time, because we were having lunch on the lawn – this meant to them that we were on holiday. For the outside world, we are on a permanent holiday. But no, it is tough to be in Auroville. Because you hit your head every day, you are always confronted with something, outside or inside.

I believe we are not doing the yoga here, the Integral Yoga.  What I have read from the yoga of Sri Aurobindo is that we have to ‘start where all the others Yogas stopped.’ We are not at this level. So I can’t say I am doing the yoga of Sri Aurobindo, because that is really something. But what I can say is that I am a rough rock that has been thrown into the source of the Ganga River, and when I finally emerge in the sea, I will be a finely polished stone.

Without Sri Aurobindo and Mother there is no Auroville, that is clear. Living in Auroville means everything to me, and the Mother takes care of me, she really takes care of me. I feel like I am walking the wire with no net under to catch me, but Mother will not let me fall. When I arrived here, I had no money, and she gave me everything. Everything that I have has been given to me. I don’t even have a Pour Tous account. The account from which I buy things starts at zero at the beginning of each month. It goes minus, minus, minus and then starts from zero again the next month. This way I cannot save to buy myself a TV or anything. And this works well for me. I give my work to the Mother, and I can’t be deceived, because she knows what I need.”

Hervé left his body in August 2020 in Auroville. 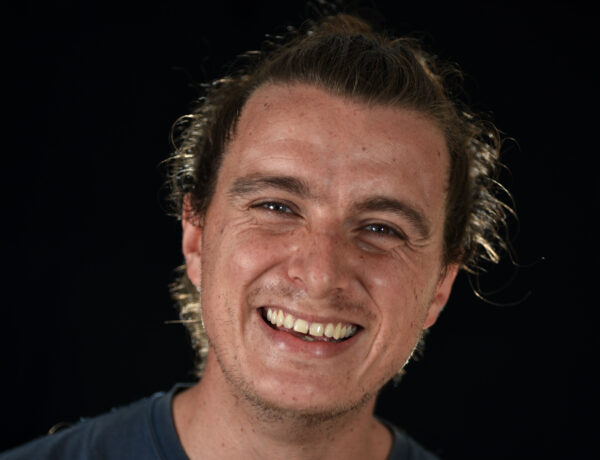 Rewriting the Movie of My Life: Michael 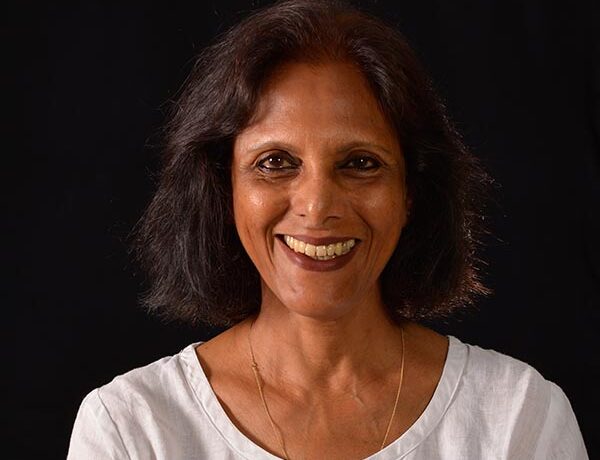 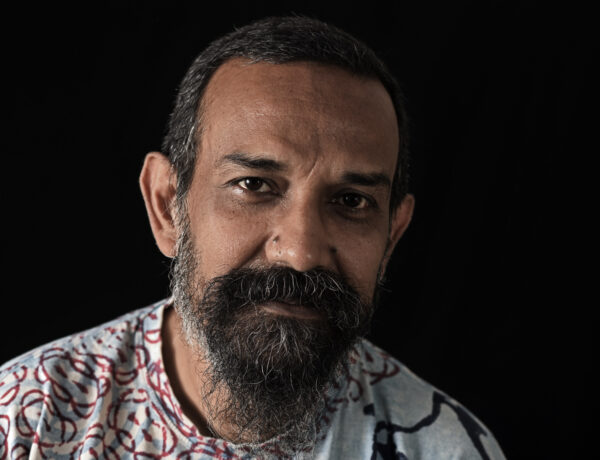