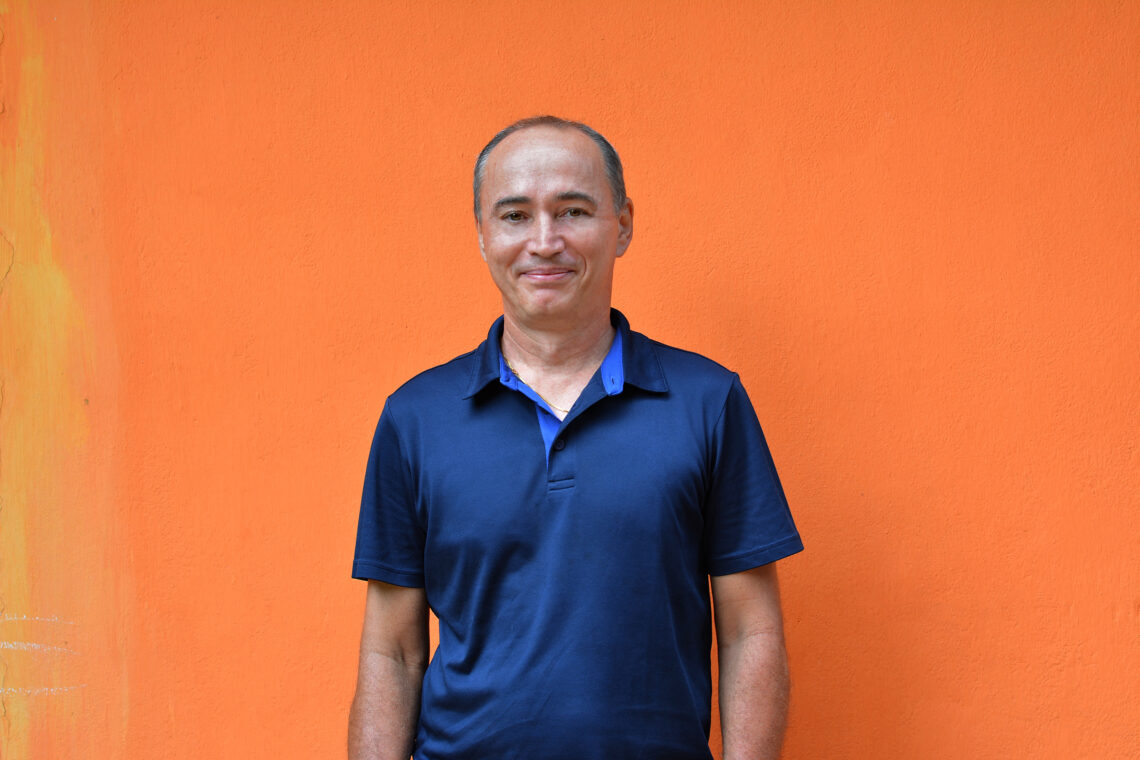 The Work Tree is one of the most important ‘pioneer species’ that helped Auroville establish its current forest cover. A very hardy type of acacia, it was able to thrive in the almost barren landscape that Auroville was founded on. More than 50 years later, the Auroville unit Worktree – named after its favourite material – is turning these trees into beautiful handcrafted items. We met up with Luk, who, inspired by this beautiful material, went from Maths teacher to woodworker.

The seed for Worktree was planted by one of the most impactful events in Auroville history: the landing of Cyclone Thane in 2011. According to some estimates, the cyclone pulled down about 60% of Auroville’s forest cover, and it was especially the Work Tree that suffered. Luk saw an opportunity: “My father and I have maintained a piece of forest for the past 35 years or so, and after that storm we had cleared out so much wood from trees that had fallen. Selling the wood over the years has always been a bit of a hassle, so we thought, ‘Okay what are we going to do with all this wood?’ My wife Shanthi works at the Kindergarten and they have a big room for block play, which is very popular with the kids, so she said ‘Why don’t you guys start making blocks with this wood?’ So the idea was born to start a small business unit making toys, especially the wooden blocks.” Now Luk, his brother, and Shanthi run the unit together, each taking up different parts of the work.

When they started, there was not much of a market in India for wooden toys, but Luk has seen a shift to a more environmentally-aware India. “Because the Indian market wasn’t so interested, we were also making cutting boards and other utilitarian items, which were doing well. Slowly our focus changed from toys to kitchenware and homeware over the years. But nowadays, the market is a lot more conscious about not using plastic, and using natural products.” The interest in the value of block play has also gone up, as more and more research points to the importance of simple toys to stimulate the child’s imagination and spatial awareness.

Both Sides of the Fence

Luk has been around since a while – he came with his family to Auroville when he was 8 years old, in the 1970s. “Growing up in Auroville wasn’t easy, it was very challenging when I came first. It’s challenging because you come from a Western world, a totally different culture. I didn’t speak English, I didn’t speak Tamil, I didn’t speak French. But I grew to love it. Indian culture really clicked for me, I had mostly Tamil friends so I learned Tamil. There wasn’t much of an educational set up, there weren’t many schools, so I did my education by correspondence and that gave me the idea of starting what is now Future School, where I taught Maths. Then I did web programming for a long time, and then Worktree happened.”

In Auroville, we have two types of work environments: service units, and commercial units. The service units are those that provide a service to the community and which are maintained by the Central Fund, like our schools, while the commercial units create products and exchange with the outside economy. Luk now knows the challenges of both: “I was in the position of being part of a Service for many years, where we used to ask for donations from Units to help us out. When I started Worktree I was on the other side of the fence, which was very interesting. I realised that running a unit is definitely not easy, and it might seem to the outside that you’re doing business, but it’s not really that simple. The fact that I was once asking units for help and now I run a unit is what I like about Auroville, that you have the chance to do these things”

Starting up Worktree meant learning carpentry from scratch. “Auroville has a lot of people that you can contact that have knowledge, but you need to go find them and ask. You have a lot of talented people, but they’re not so visible. One person that helped me out initially was a guy called Roland, a professional carpenter. I went and asked him about how to work with wood and how to give it a natural finish, so initially we tried a lot of things and I’m sure we have some early customers that were not so happy with the products (laughs). We tried all kinds of finishes and finally ended up with our Tung oil finish.”

The Tung oil is a beautiful, all-natural and non-toxic finish, which is very important for toys and kitchen items. “The discovery of the Tung oil made a big impact on Worktree, and soon we will be sourcing our own Tung oil so our products will be completely sourced and made in Auroville, which is a great feeling. A lot of people now come to Worktree to buy Tung oil or ask us how to use it. It’s fun to bring something into the community and you can share and help them with knowledge. I’m really not a businessman, and I don’t think it’s what I’m good at, but finding things out, researching, that’s my strength.”

All this in the context of a community that has been his home for many years, in a country that has seen tremendous change in the last 50 years. Luk is equally attached to both: “I love Auroville and the ideal of Auroville, and I’m not rigid with my spiritual beliefs, but Auroville today is not ideal. It has a lot of challenges with it, it has a lot of things that could be better, but then again I don’t want to be critical because we are all human, it’s hard to work together. I love Auroville but I also love India, so it’s both that keep me here.”

Check out Worktree products on the Auroville Online Store here. 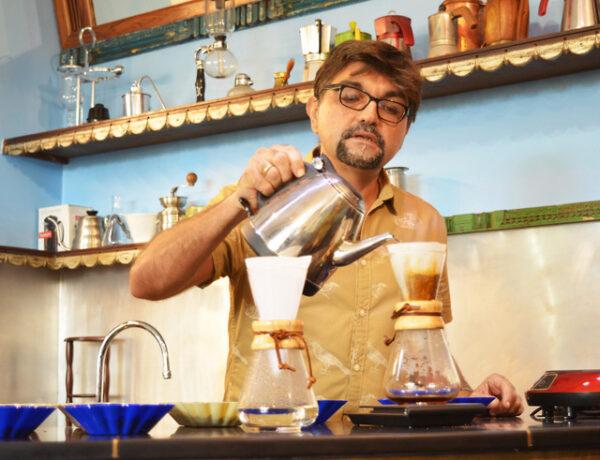 Brewing the Black Gold: A Coffee Session with Marc 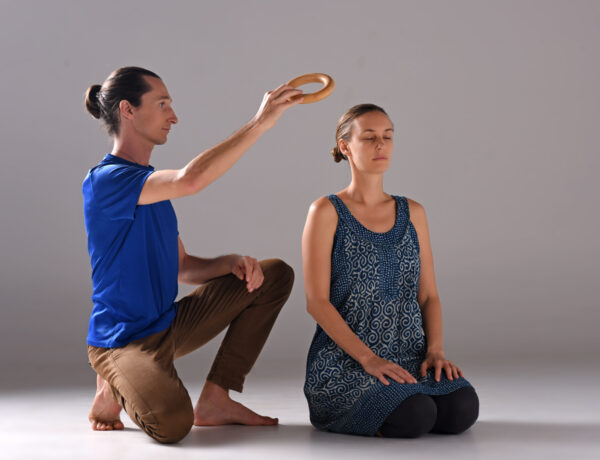 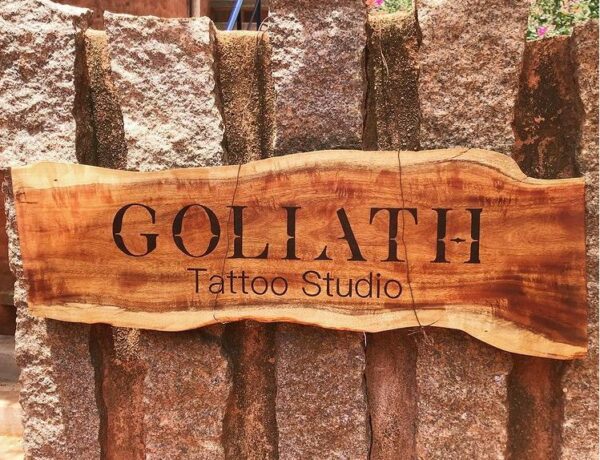 The Intimate Art of Inking: Aurrimā from Goliath Studio