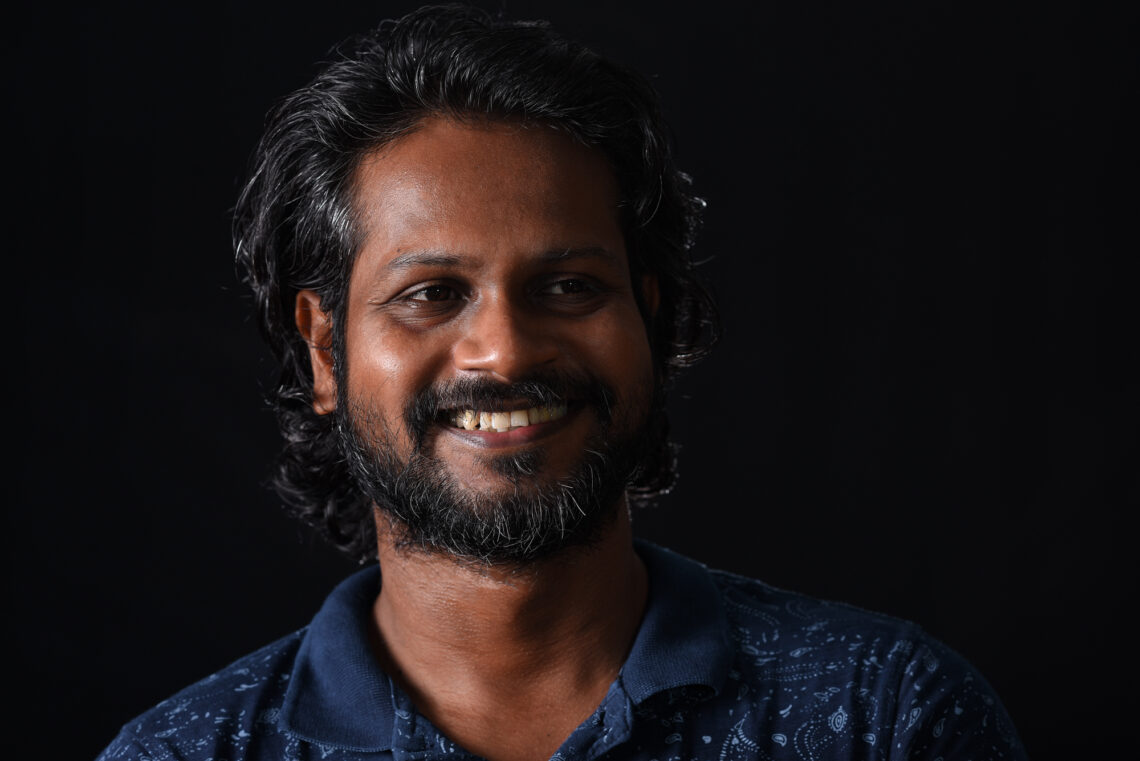 If there isn’t the aspect of a kick-in-the-butt, then you’re not moving forward.

“My parents were the ones that moved here. My father was from one of the neighbouring villages, Sanjeevi Nagar to be precise. He moved to Auroville when he was 17 years old and started working around Auroville. This was during the 70’s. Then he got married to my mom and soon I was born.

I grew up in the Bharat Nivas campus (The Indian Pavilion). My father used to work there. One of my earlier memories from my childhood is of my brother and I playing around the area which had this big banyan tree. It was very free, we had so much time to just explore nature and climb trees. There were no real restrictions and people working in the campus were friendly and welcoming, nobody would tell us ‘Hey don’t do this, don’t do that.’ One time I was teaching my brother how to cycle down this slope, when he was five years old. My brother was doing it without practice wheels for the first time. He said ‘Don’t let go,’ and of course after holding on for a while, I let him go and he didn’t know to stop. He managed to slow down without getting too hurt [laughs]. But we were very much just left to our own devices, our parents had this trust that nothing bad was going to happen. So we could keep discovering and figuring things out without anyone monitoring us and telling us what to do. I think that is still very much the reality for most kids growing up in Auroville.

During my schooling, I used to do a lot of sports and we used to have this event called the Aurolympics.  It was a challenging sports competition but there was this team aspect that I really enjoyed. And it wasn’t really like a competition where you put the other one down, we were supporting each other. You’re trying to get the best out of yourself, using the team to help as well. I learned from that a lot. As I was getting older, I was also given the opportunity to start teaching sports. Whatever I learned, I tried to share with the younger ones. That was my first exposure to teaching, which I still do to this day.

At the time, Future School, the high school of Auroville that provides exams, hadn’t been fully established yet. But when it was time for me to do my secondary schooling, they started offering that possibility for youngsters, who otherwise would have to leave if they wanted a high school certificate. So now I had a choice. I could stay, instead of having to leave to get a ‘certified’ education.

After high school in Auroville, I had to figure out what to do next. At the time there was this peer pressure, at least from some parents and friends, to go to university. I really didn’t want to go out, but in the end I decided to apply to a college in India and I was accepted. I started my 4 years of studying Information Technology at the Vellore Institute of Technology. It brought me to understand the place I was brought up in, and gave me a new perspective of what was happening outside of Auroville. It was an eye-opener. As for the education there itself, I wasn’t really connecting to the way they were going about it. They were too focused on only one particular way of thinking, which makes sense if you want to specialise, but the approach wasn’t something I was keen on. I guess it wasn’t very inspiring. But this led to me rediscovering interests like hiking, because the campus had these beautiful hills that we used to explore.

During my time in university, I wasn’t disconnected from Auroville, I was here every other weekend. When I would come back home, I would try to get involved with whatever was happening, help out with different activities. Growing up in Auroville, you’re still figuring out the community and just participating in different events. You are exposed to the concept of community essentially, but it is only after being exposed to other realities, you realise the value of it. As a kid, you’ve been told about The Dream of Auroville and why this place exists, but as long as you’re not exposed to the outside you think that Auroville is normal. For me it truly started to stick when I went out.  It was then that I realised I do want to live in Auroville, share what I learned, and be part of the whole experiment. I don’t want to miss any of it.

I now work full-time in Auroville as a teacher in Last School teaching mathematics, chemistry and photography. Teaching isn’t the word I would use. I am simply a guide, an aid for the students to fulfill their goals. I am constantly learning from every new student so it’s a two-way street.

Maybe I was one of the lucky ones, because when I think about obstacles of life in Auroville, I feel like everything really just fell into place. And when I say things fell into place, it doesn’t mean it wasn’t without challenges. I used to learn how to do lighting for the Bharat Nivas Auditorium. I had only done lighting on my own for two shows as part of my learning until the person I was learning from had to drop out. The entire responsibility was now on me. At that point, I had to take up the challenge and not shy away from it. I ended up travelling around India doing lighting for shows, with not that much experience. But in that sense, it fell into place because I accepted the challenge.

I think I would have loved to have more time here right after I finished high school. I left immediately to pursue further education outside. My parents were afraid that if I waited too long, I might lag behind and not get into uni. But once I had gone through it, I could now tell other kids to take their time to explore Auroville. We were sort of the first guinea pigs who, after high school, were venturing out into further education in India for the first time from Auroville. Nobody was there to guide us who had already been through it all. So I wanted to make sure that for the next generation, there was more support.

Whatever I’ve picked up over these years, In Auroville and outside, I am now able to come back and share it with the younger generation. That ability to tell them that ‘This is what I’ve gone through, this is what I can offer in terms of guidance’ is very fulfilling for me. Whether the kids take it or not, it’s up to them. Auroville is a community that has so many opportunities. I hope that eventually kids can have access to all that Auroville has to offer.

We don’t really know where we’re going at the moment as a community, but it’s for us to figure it out together and see how we take it forward. If we want to be an example for the world outside, we need to figure out a way to resolve our issues internally. And the challenges are a part of the progress. You can’t come here to have it easy. If it’s easy, it means progress isn’t being made. Auroville has to challenge you, has to push you. If there isn’t the aspect of a kick-in-the-butt, then you’re not moving forward. Let’s see how it goes – ultimately, it’s all an experiment. 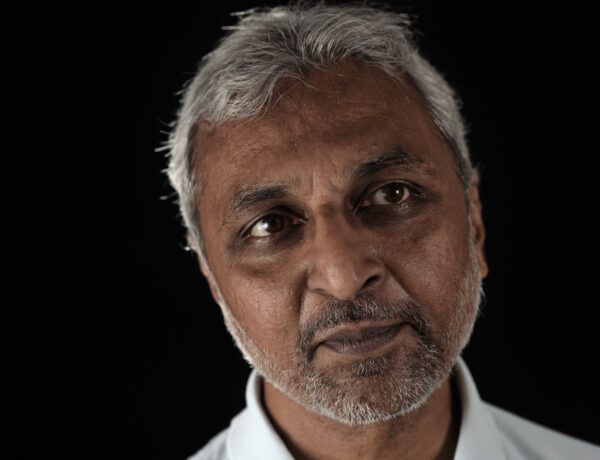 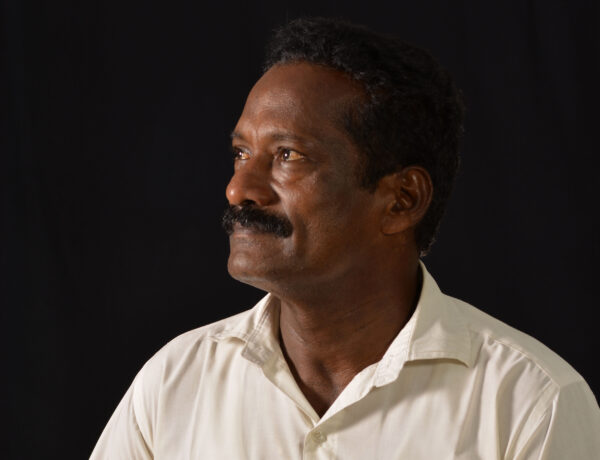 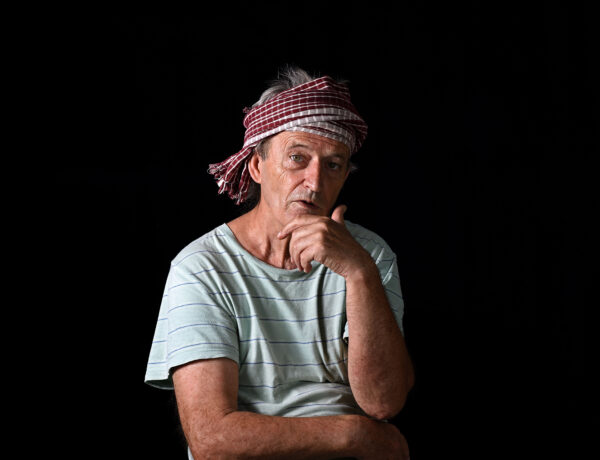