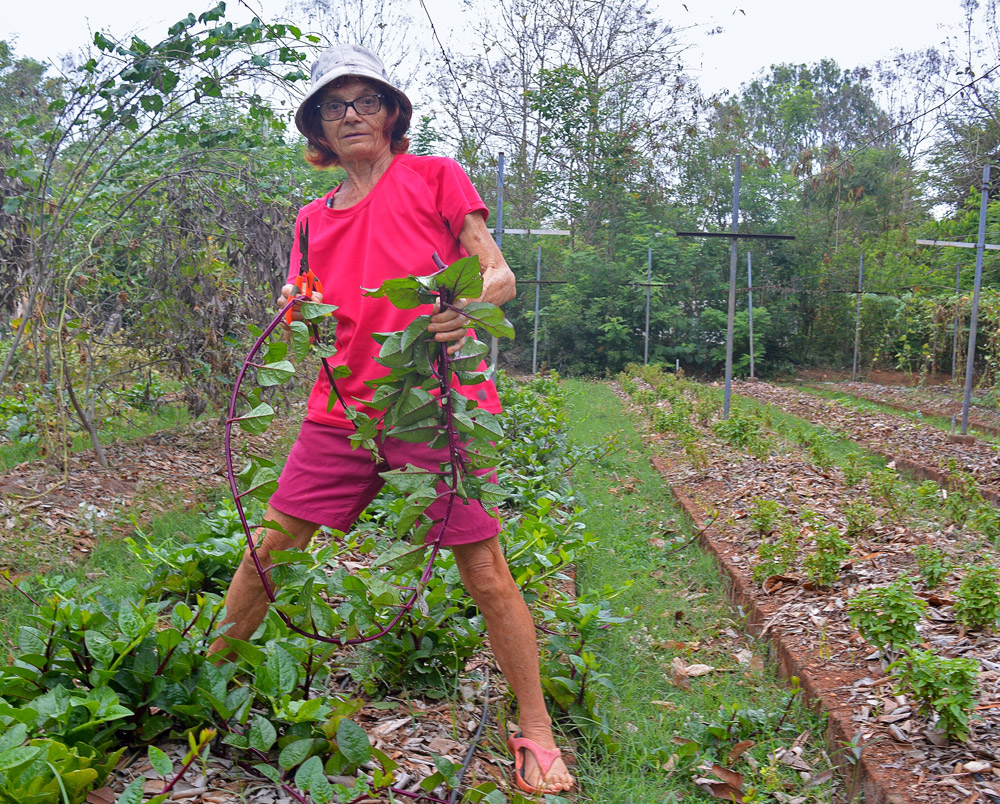 Buddha Garden is thriving and very popular with volunteers – the team works from 6am-9am in the morning and anyone can come and help. Breakfast is provided on the spot. What most short-term volunteers don’t know, however, is that Buddha Garden is really a place for experimentation – in organic farming, in new farming technology, in seed saving… A lot is being done on a relatively small plot of land!

We spoke to Priya, who started Buddha Garden and works to provide food for Auroville that is environmentally, economically, and socially sustainable.

People often come to Auroville having expertise in one field, and end up dedicating their lives to something completely different. “I’m one of those people who kind of stumbled into Auroville, I didn’t know much about Auroville at all. I had been living near Kodaikanal for about 18 months teaching in a school part-time and getting my PhD in sociology part-time, and  it was there that I realised I wanted to do farming. Someone there suggested that I come to Auroville, so I landed up here and within a week I had moved into the New Creation community.”

Buddha Garden didn’t materialise immediately. “I was in Auroville for five or six years when I found the Farm Group, my tribe at the time. I wanted to be part of this group and have a farm.” Her first chance to do green work came in the form of forestry. “A plot of land in Siddhartha Forest came up, just enough for two people, so me and my boyfriend at the time, Derek, moved there.There were parts of the land that were like a lunar landscape, the clay was very hard. We used to hand-pump all of our water, and for watering all those trees, my God. We had to break the clay up. Now there’s a beautiful forest there.That was all Derek’s work.”

The seedling for Buddha Garden grew a little while later. “I got this place because I used to come over and get milk for tea, and I would come across this plot of land. Even though I had a tiny vegetable garden in Siddhartha Forest, I knew that I couldn’t grow enough vegetables there. So I went to talk to Herbert, who was running Siddhartha Forest, and asked him if I could use this land to make a vegetable garden. I realised that if I was to run a farm, I would have to live there. It didn’t work for me to treat it like a job. So I moved with my two children in March 2000.”

Priya believes that putting in work is the most important thing, but in particular it’s the work that everyone does together. “When I came here, I made certain decisions about the farm. First of all, I wanted it to be collective where the focus is about work. Somehow when you work together, it’s very powerful for me. In Buddha Garden, anybody can come. You come and see, and it’s either something you want to do or you don’t. It’s up to you.” Now after 20 years, Buddha Garden has 4 full time stewards of the farm, including Vivek, one of the few people in India with a PhD in organic farming.

The world is finally taking an active interest in organic farming, and how to implement it successfully to grow food. Besides not using pesticides or fertilizers, Priya approaches organic farming as a holistic way of taking care of all elements of growing food. What I say is that there are six elements of food growing: Soil, Water, Plants, Animals, Insects and Microbes. Now what you have to do is work with those elements in a way that supports the natural processes which you’re using those elements for, which is to grow food.”

People interested in organic farming practices come to Buddha Garden to learn how to do this, but according to Priya, the methods also depend on the person: “The way you make this symbiotic relationship happen and the way you bring these things together is also about something that’s in you. I cannot teach you to do that. When you have a plot of land, even if it’s just your pots on your balcony, it’s about your sensitivity. What I aim to do when people come here is to help them, first of all, to become more sensitive to the different elements, but also to give them the confidence to know that they can do it too. Because you can do it too.”

A Hub for Experimentation

As an organic farm, Buddha Garden has also had its share of research projects. One of the recent ones involves water usage, which is a growing concern in the area due to drought and depletion of wells. Vivek, was responsible for this project with the help of a research university.

“We started with a number of different vegetables we were growing. The idea is to have an AI (Artificial Intelligence) system and sensors in the soil which tell us how much water is actually in the soil. When the moisture level goes under a certain level, then a signal is sent to the solar system, which pumps the water until again the sensor registers enough water. .Automatically the pump is then turned off through this system. Not only did we save water, we increased production too. It’s very difficult to tell farmers to save water, particularly if they have free electricity like they do here in Tamil Nadu – they’re almost encouraged to waste water.”

Running a farm is not easy but it is definitely rewarding. Priya says that the joy of working at Buddha Garden is “Always being in contact with nature. I realised that there’s something about working with the soil, and working with nature… I actually feel it keeps me sane and it keeps me very rooted. It just gives me a lot of joy to grow food, and watch it go off into Auroville.” 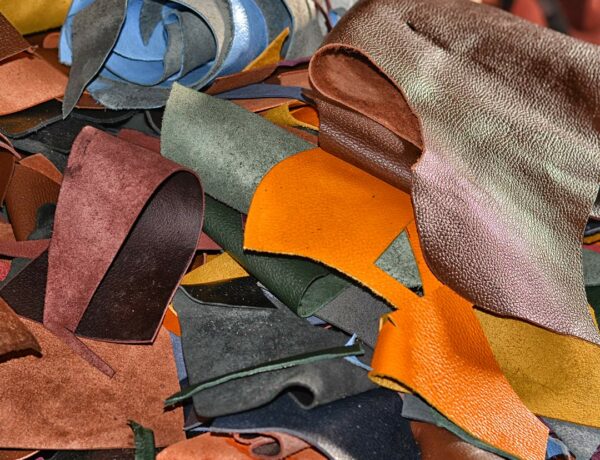 A Craft Brought from Spain: André from Amano 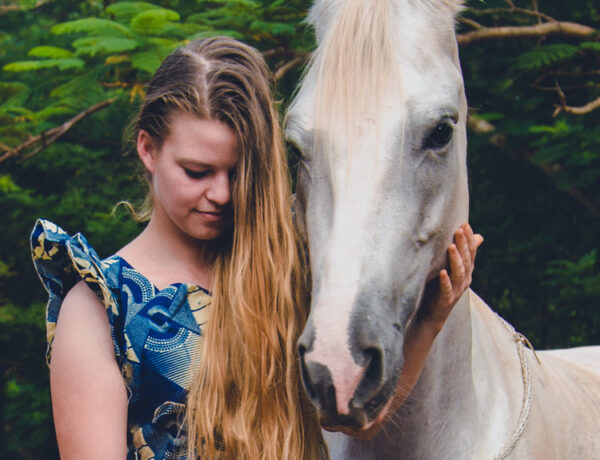 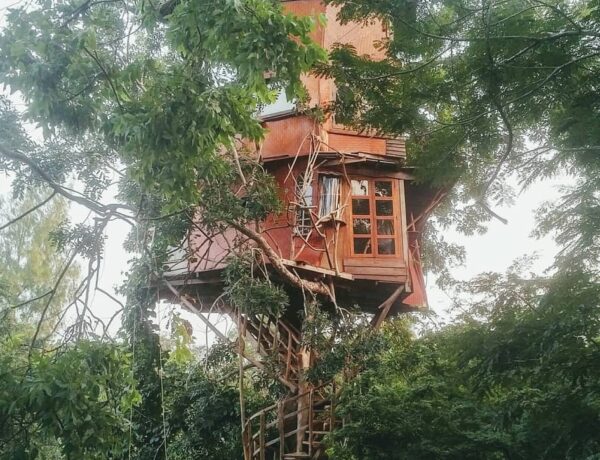 Building a Home in the Canopy: Tree House Community