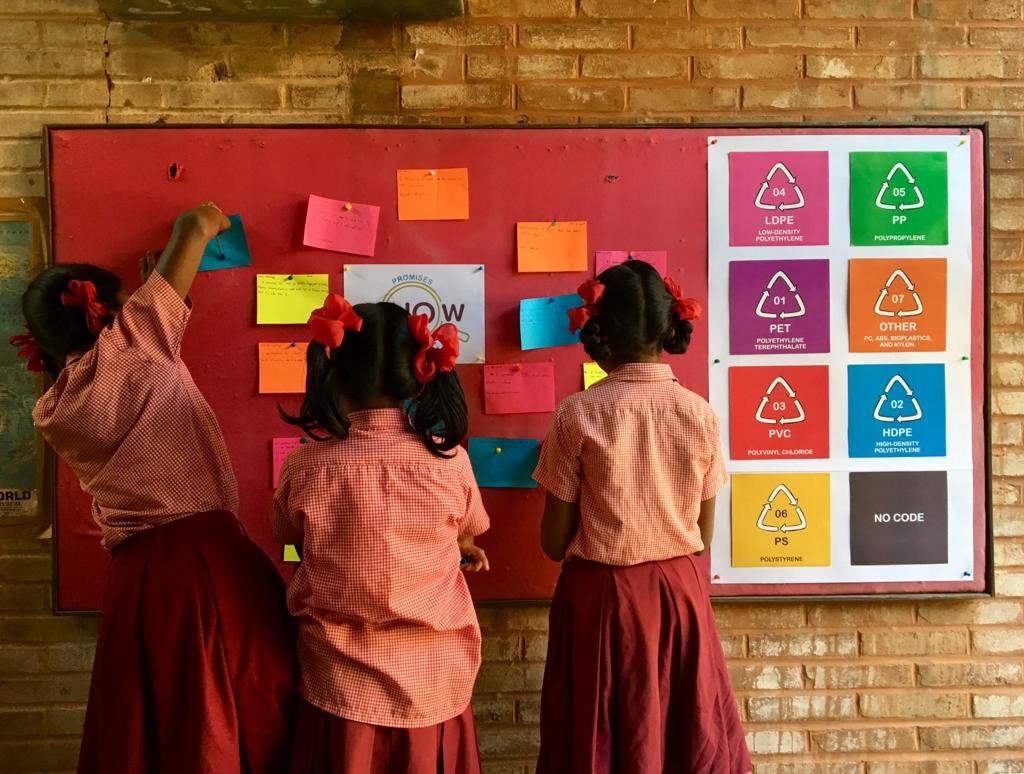 WasteLess is an Auroville unit which develops innovative education materials on sustainable consumption, plastic pollution and waste management, aimed specifically at children. Just as the new ban on single use plastics takes effect in India, WasteLess founders and siblings Ribhu and Chandrah sit down with us at their office in Auroville’s brand new RE-CENTRE, to talk about how they got started.

It all began in January 2010 with a campaign called Litter Free Auroville. “That was the start of how we got into education”, says Chandrah. “Seeing the positive impact on students during Litter Free Auroville, got us thinking about children aged 6-15 and education. Children this age have this connection to their environment, and they have an amazing pester power: They go home, and they talk to their parents about whatever they learned in school with us. It’s a very interesting age group to work with, because they’re open to new experiences, and also it gives us energy to work with the future generation because they are the future leaders and voters. It makes sense to catch them early on, before they start to become teenagers and get into fashion and the latest gadgets.”

The sibling team launched WasteLess on October 7th, 2011, with a project called Garbology 101, an educational toolkit with different activities. They worked with four schools in total, which included both outreach and Auroville schools, in developing programmes and testing them, which meant getting feedback from teachers and students.

“Auroville is a brilliant place with such diversity, and we can really try to bridge the gap between the latest science, and a child’s heart and mindset,” says Ribhu. “If you look at conventional education, we’re just repeating what scientists say. But that information and the facts alone, don’t really inspire action. With Auroville schools, we have very passionate teachers and students who are free and open to work with us and co-design experiences that inspire them.”

“We test out ideas, and some of them belly flop, they don’t work in the classroom. So then we ask the students: ‘How would you teach this concept to one of your classmates? What would you like to do?‘. We involve the students and teachers in the design, and a lot of teachers give us brilliant ideas. This is super-exciting in Auroville. Once we have that little bit of magic, we share these resources online, so that the education is accessible to anyone.”

“We found that plastics are one of the biggest challenges in our waste stream – they are everywhere.”, Chandrah says. “At one point a student told us: ‘Plastic is plastic‘. In reality, there are many different types of plastic, and you can tell the plastic apart by a secret language called the Resin Codes, invented by the plastic lobby to aid in recycling. Most of us don’t know anything about these. So we introduced these seven Resin Codes in one of our first games, called Trash Concentration.”

“It’s a memory game, and students asked teachers: What does this mean? And the teachers then looked it up in the book we gave them, and said “Oh, this is a safer plastic“. The Students started flipping over anything plastic, looking for the resin code. Once they found that it was safer for food, they were happy. When they found plastic that wasn’t good, they were outraged. We found that students were really curious about what plastic was bad for them. Once they start flipping plastic, they want to know more.”

“That was when our model totally changed, and when we really looked at ‘What can we learn in Auroville which is meaningful for the world?’”, the duo say. “We used that as the entry point, and developed a game called kNOw PLASTICS. Through piloting kNOw PLASTICS over 8-lessons with about 10,000 students we had enough data, so we went to the government and said: ‘Here’s a new way to teach children about plastics.’”

Using insights from kNOw PLASTICS and Garbology, they offered to write textbook chapters focusing on solid waste management, sustainable consumption and plastic pollution. Their material has been included in five different English and Tamil-language textbooks, reaching an estimated one million students in Tamil Nadu government schools each year. Going forward, they hope to take this curriculum nationally.

“The National Geographic Society is the dream donor”, Ribhu comments on WasteLess’ latest collaboration. “They love the work, they love education and they’re deeply interested in bridging the gap between the latest science and classrooms. And everyone in the team has loved National Geographic growing up.”

As part of their Planet or Plastic? campaign, National Geographic posted a request for proposals on reducing marine plastic pollution, with education as a large component. With a proposal for an innovative curriculum aimed at 10-13 year old students in Tamil Nadu Government schools , WasteLess received a grant.

In support of India’s recent ban on single-use plastics and in partnership with the Tamil Nadu government, WasteLess hopes to launch their new programme, Sea Change, later this year. “It will be one of the most innovative marine microplastics curricula in the country” – says Ribhu – “targeting low-income students. Once we have the data of what works, and what doesn’t work, at a scale of 10,000 kids, we’ll go to the government and advocate for including this type of education in mainstream curricula in the rest of the country.”

Besides creating educational programmes, Divya from Wasteless has also pioneered a plastic waste audit of Auroville shops to analyze their packaging by brand. “We need to start looking at our products, and holding companies accountable for the packaging they produce”, adds Chandrah. By taking a clear snapshot of how Auroville is doing in terms of groceries, it becomes possible to have a benchmark for future initiatives on non-recyclable packaging. This new project is supported by the global movement Break Free From Plastic, of which WasteLess are also a core member.

“A very low percentage of plastics are getting recycled”, says Chandrah. “Globally over 91% of it is getting burned, buried or ending up in our environment – and often in our oceans. There is a big narrative being sold that plastic is easily recyclable, and this narrative has to change. It’s not realistic, as most plastics cannot be recycled in a way that is cost-effective.”

Ribhu comments: “It’s really interesting that this education is being developed and implemented in India. The amount of plastics we’re using per capita in India is much less than in the Global North. The average Indian citizen uses about 20 kilos of plastic a year while the average European or North American would be buying and using 100 kilos a year or so. We’re excited to be part of education, so that we don’t follow in the trajectory of other countries and have the average Indian producing 100 kgs of waste per year. Because imagine what the road would look like. [laughs]”.

WasteLess is committed to providing educational material to any school regardless of income, and their resources can be downloaded from the WasteLess website. There is a free download of the ‘Introduction to plastics’ lesson, where you can learn more about plastic resin codes, and you can also find an online version of the kNOw PLASTICS memory game. 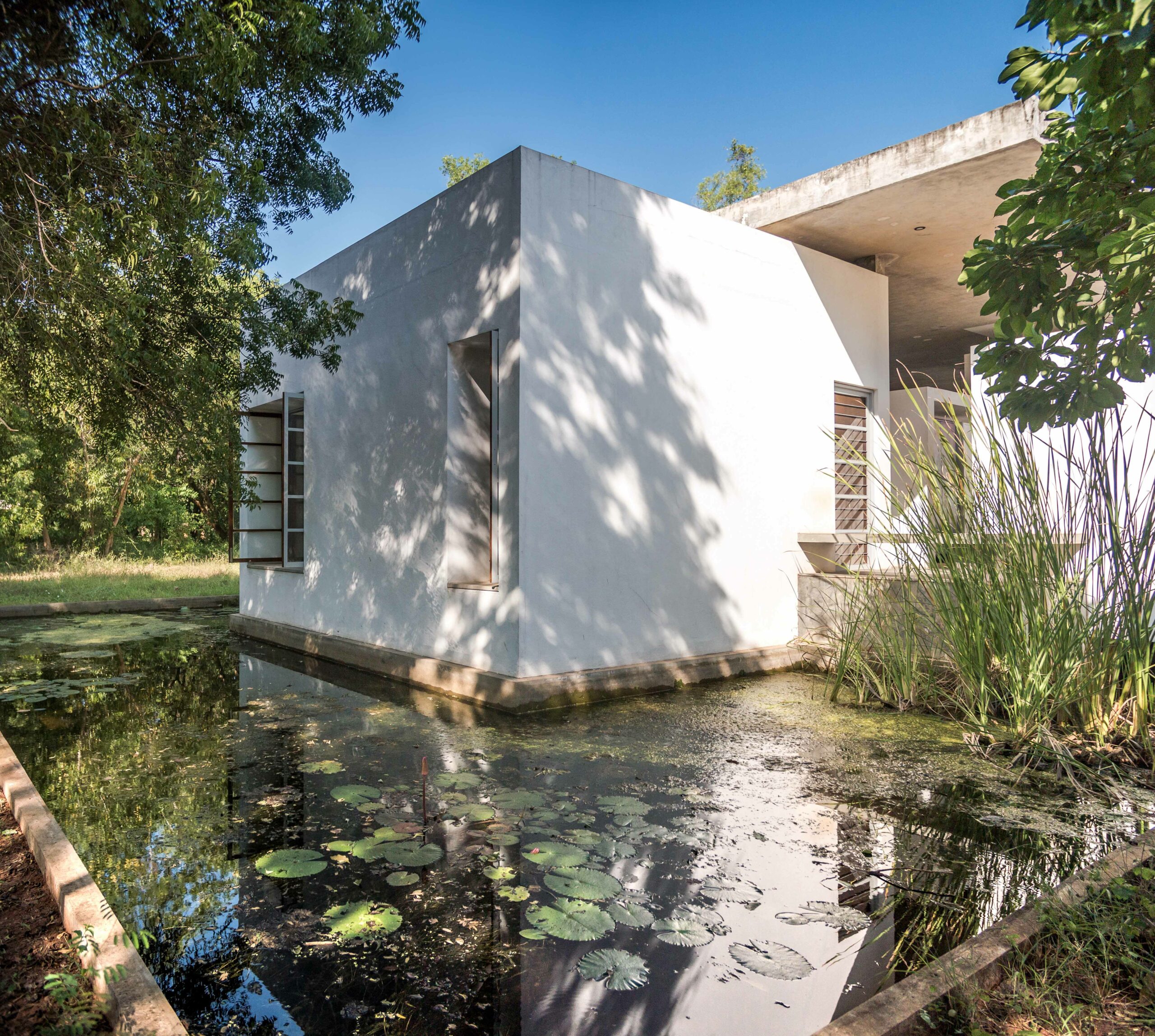 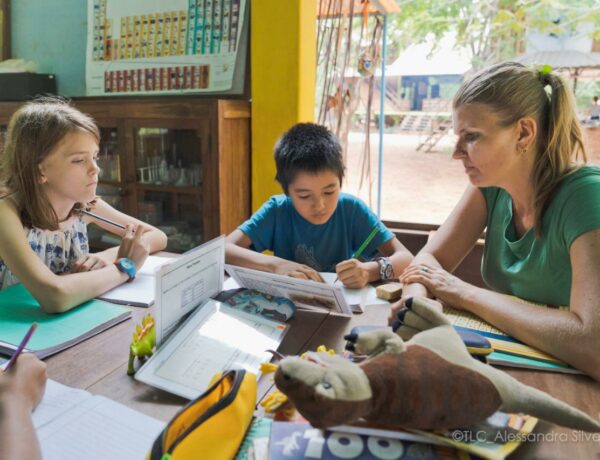 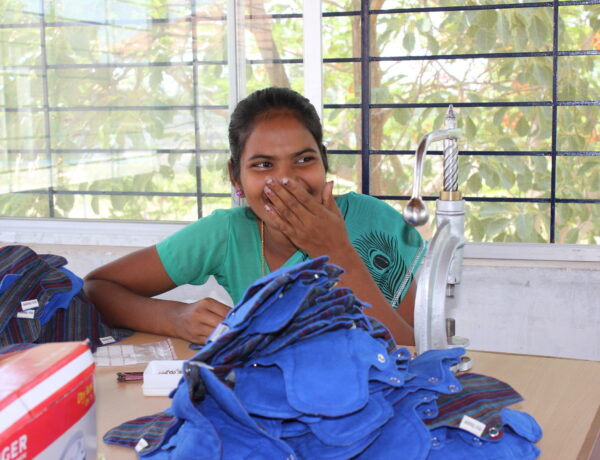